Project 202, what is it? Project 202, the infrastructure is a blockchain 3.0 based on the Proof-Of-Stake algorithm. 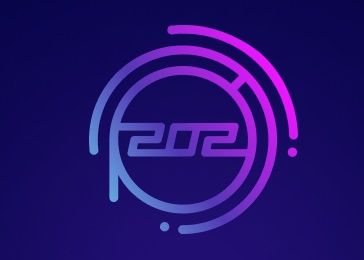 Project 202, let’s discover in which context, environment, is developed this project.

Even though the latest technology has created opportunities which previous generations could not even fathom, the technology itself is concentrated in the hands of a select few tech monopolies. These monopolies, through their control of the flow of information, in turn gather the personal information of their users, so that they can sell it to potential advertisers. Naturally, many people take issue with the fact that information about their personal lives is being monetized by somebody else, and would like to regain control of who has access to their data.

The decentralization of information, as well as various encryption methods are ways in which the blockchain enables users to interact without any oversight and control of their transactions, in a secure manner.

Some weaknesses to be resolved in the current system:

Although the potential of blockchain technology is promising, it is still in its infancy. Before it can become widespread, it must overcome hurdles such as stability, capacity, and integration. These hurdles negatively impact the scalability and functionality of existing blockchain implementations. For example, blockchain networks cannot be truly decentralized if they lack the ability to interact between one another.

The PROJECT202 infrastructure is a Proof-Of-Stake (PoS) algorithm-based blockchain 3.0 system, with its own decentralized data centers located on various countries. The Spare equipment capacity which is not being utilized for servicing the cryptocurrency infrastructure can be rented out for use on this P202 Servers platform with payments rendered via the P202 Token.

Project 202, the right answer to a real problem

As a result of developing a solution to these issues, the Project 202 Development Team has broadened the horizons of innovation within the blockchain industry. Our development team has successfully implemented a decentralized, stable, scalable, and cross-compatible Blockchain network.

This network is also environmentally-friendly, for it does not require any new hardware or IT infrastructure. On the contrary, it requires less than what is currently being used.

In doing so, the blockchain solution put forth by the Project 202 Development Team is vastly superior to any existing solution in the industry.

The goal is to provide a future in which digital assets, payments, and software applications are implemented in a secure, decentralized ecosystem through a variety of real-world use cases using the Project 202 token. Therefore, wasting resources to invent new applications for this technology, is unnecessary. Practical applications of this technology exist.

The P202 Token, is a Binance Smart Chain BEP20 token, with a total fixed supply of 500 million tokens. P202 is used for transactions within the ecosystem, where computing power generates returns through a vast and secure global decentralized network of data centers.

The Project 202 Blockchain utilizes the Proof-of-Stake consensus mechanism, where transactions are processed through generators (validators). This platform allows users to transfer assets throughout the network, utilizing cutting-edge servers, within the Project 202 Blockchain Ecosystem. Likewise, the system implements decentralized applications (dApps), an environment for data and block operation within a distributed and decentralized infrastructure.

Neutra Finance, introduction to its ecosystem