Does Metanaut game and its $METANAUT token offer a real innovation for players?

Metanaut game and its token $METANAUT, what are we talking about? Discover the game, the token and this ecosystem related to the GameFi.

Metanaut game, the latest improvements in technology have created the opportunity to build an innovative science fiction gaming experience that incorporates action, horror and adventure in an open world environment.

One of the keys to Metanaut’s economy is the “play-to-earn” model, designed to reward players for their contribution to the ecosystem, which is why this game is classified as GameFi. 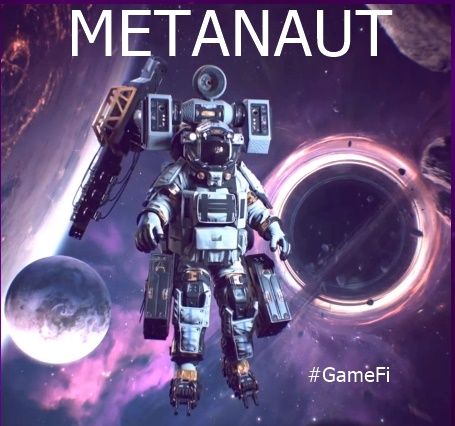 Metanaut game, how to play it?

A SURVIVAL GAME OF TERRITORIAL CONQUEST, ZOMBIES, AND MORE.

Over 100 years ago a biochemical war destroyed the World. With the technology available, a few humans were able to fly out to the space and watched the world become inhabitable.

The space station is now about to collapse. The resources in space are coming to an end. Humanity is close to extinction. But there is still hope.

A group of humans are sent back to earth in hopes of finding survivors, oxygen, and a land we can call home once again. But what these astronauts find goes beyond what they had imagined. A vast world full of dangers, zombies, violent creatures, radioactive zones, and more.

Blockchain is a fully decentralizedpeer-to-peer immutable data storage,secured by its network. Because it isimmutable and decentralized, the dataentered is irreversible and representa digital form of a tangible asset.

Ethereum blockchain is the mostsecure, resilient, and interoperableblockchain with no platform risk. Wewant our assets to be the base layerof a global ecosystem of games.

It canonly work if the blockchain we useprovides the means to build such anecosystem: clear standards, developertools, a variety of services andresources to learn.Ethereum has all of it thanks to itsvibrant and dedicated community ofbuilders.

$METANAUT is a community-driven DeFi Token that holds the METANAUT ecosystem.

Use it to purchase in-game weapons, resources, and collectibles that you can use, trade or sell.

The Killbox Game (KBOX), what is it?

Rune, discover the game platform and its ecosystem

GOOD PLAN: S-ONE FINANCE is the decentralized solution for token exchange and staking.