Era7 : Game of Truth, what are we talking about?

Era7 : Game of Truth, what are we talking about? Introducing a brand new innovative NFT trading card game project, GameFi! 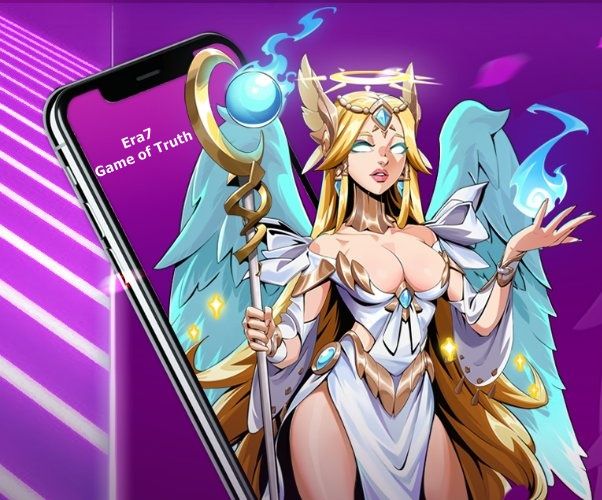 Era7: Game of Truth is a metaverse-style trading card game developed on the Binance Smart Chain (BSC), which was created by a team of blockchain techies and members of well-known casual game development companies.

This is an addictive yet state-of-the-art card-trading game that uses a groundbreaking new gaming method. With the perfect combination of fighting and strategy, this game becomes thrillingly immersive and is split up into separate three-minute games.

Players can combine the cards in their own card library in different ways to ensure that their deck is as strong as possible. They can play either PVE or PVP by deploying and placing cards. Different cards have different effects, and whether we’re talking about Common or Legendary cards, players will be keen to collect them all.

Players will be tasked not only to watch their own deck but also to carefully observe the movements and positioning of their opponents. This provides the player with an incentive to practice and develop their in-game skills over time while receiving fantastic brain training akin to that received by chess players.

Only, this training is manifested in skillfully using heroes to ride thousands out to the battlefield.

Of course, in addition to the game being fun, each one of the player’s cards has its own value.

Players can obtain high-value cards by collecting, fighting, trading, summoning or synthesizing certain cards. This is also one of the biggest charms of Gamefi when compared with traditional games.

Era7 will continuously update the game’s content, adding new cards, playing methods and battle passes to meet the continuous needs of players while generating revenue across the board.

Early players of Era7 will enjoy dividends from the ecosystem. We have a reward mechanism in place for inviting friends and sharing the game. Era7 provides a whole host of profit models for individuals and organizations from a variety of backgrounds and vertical markets.

E-sports is a core element of Era7:The game’s competitive ecosystem can be used by players who wish to place bets.

This ecosystem establishes an immersive gaming experience and a complete closed-loop economic system inside its metaverse.

Era7: Game of Truth is a metaverse-style TCG. Different from ordinary games, Era7 combines NFTs, DeFi and the blockchain, transforming it into an international NFT-based Gamefi experience.

This really fleshes out the concept of ‘NFT + Gamification + DeFi’. The cards in the Era7 metaverse not only manifest as NFTs, so collect and appreciate in value on the blockchain, but also feature a range of playability within the game itself.

This game has been adapted to suit players of every nationality around the world and the game’s quality is impeccable and state-of-the-art. The design of the competitive system is clear and reasonable.

Here is the token is the main currency which can be obtained by playing game modes and participating in many other activities: Era.

The total amount of Era tokens to be issued is 1 billion. This is a token built by the Era7 Metaverse on the Binance Smart Chain (BSC), and currently serves exclusively as Era7’s platform token.

Players can obtain Era token rewards through battling, getting involved in community incentives, and liquidity mining. With the development of the Era7 metaverse, the functions of Era tokens will extend to community governance, pledging and other rights and interests. The platform currency, the Era token, is effectively the Bitcoin of the entire Era7 metaverse. Era tokens are similar to stable tokens, and supply and demand are dictated by the market.

The Era token obtained by the player can be exchanged for USDT or local fiat. Era tokens can also be purchased on other DEX\CEX platforms to summon new Era7cards.

Era7: Game of Truth is a virtual world, built on Web3.0, that runs parallel to the real one. Functioning as a vast and traversable online world with monetary assets, social methods and complete spatial perception and physical rules, it’s not only independent of the real world, but complementary to it.