Age Of Cryptology, what is it?

Age Of Cryptology, what is it? It’s a Play & Earn ecosystem deployed on the Binance Smart Chain. Find out all the information below. 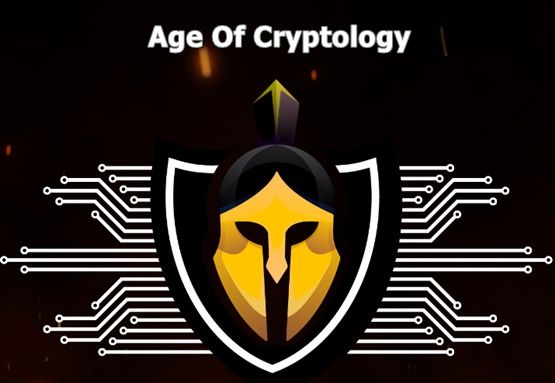 Age Of Cryptology (AOC) is a Play & Earn ecosystem deployed on the Binance Smart Chain that combines an exciting and entertaining story with the possibilities offered by blockchain technology.

In AOC, each asset is a non-fungible token (NFT) that allows you to be the sole owner of that asset and have full control over it. We’re in the middle of GameFi, let’s continue to explore this game.

The game’s economy also includes a utility token called “Aureo” (ancient Roman currency) which will be the main currency of the game. Aureo has real value as it can be exchanged for other crypto-currencies or even for real money (fiat currency like USD or EUR). This is the great new concept of Play & Earn games!

The objective is to develop this concept of Play & Earn into a more mature one in which strategy and skill are also important. We don’t want to be a “sit and click here” game. In the pursuit of this new concept of “Master & Earn”. The intention is to be transparent with the algorithms and our in-game probabilities so that you can analyze them and create your personalized strategy.

Age Of Cryptology, here is what you need to know:

AOC brings a powerful story in which mankind’s mythologies are combined to archive a worldfull of possibilities and dangers. At the beginning of our universe, 6 civilizations coexisted inharmony. Although each one had different believes and culture they remain in peace. However,in an attempt to prove whose gods were the ones that existed, the 6 mythologies entered intoan endless battle that lasted for centuries.

Each mythology has 6 gods and one king of gods andthey were all real. They existed and they were disappointed with how mankind was behaving.Realizing that war would never end, every mythology ́s King of gods gather and decided tointervene. Eventually and once and for all the war ended.

Since that day, all civilizations have lived in peace. To avoid a future war gods prohibited anytype of interaction between civilizations. As time passed hatred and resentment is rising andbloodlines inside each civilization are getting purer and purer.

In the end and due to fear of anew war each civilization started training special warriors that will lead their civilization tovictory in the future war. They are called “Heroes”. Till that day comes in which war returnsheroes will have to endure themselves and prepare as they are the main weapon of eachcivilization. The war is near!

The main in-game assets are “Heroes”. Each hero can belong to one and only one outof 6 different mythological civilizations. Depending on the mythology they belong tothey will get different base stats. These are the 6 mythologies:

All gamemodes in AOC are skill-base.We challenge you to master the game and its mechanics. This is not a “sit down and click” game!. You will have to understand the game in order to make progress, to defeat your opponents and to earn more rewards!

Age of cryptology has its own utility token called Aureo (Aur). This token will be usedthroughout the whole ecosystem of AOC.

In-game use cases: Adventure, PVP and Dungeon modes rewards, marketplacetransactions and much moreOut-side game use cases: Staking for a 300-500% APY and trading in DEXs.