ElasticSwap, what is it? ElasticSwap – a brand new MSA focused on elastic supply tokens, here are its features. 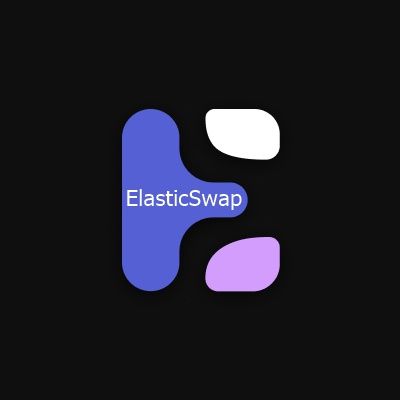 ElasticSwap is an all new AMM focused on elastic supply tokens.

For the first time, swap, earn and utilize your favorite rebasing tokens. Easy and accessible to everyone!

The lack of an MSA has been one of the missing pieces of the puzzle in the ability to successfully launch and provide liquidity for an elastic supply token. Perhaps the biggest recent example of the lack of infrastructure for elastic tokens is Olympus DAO’s decision to wrap sOHM with gOHM, thus eliminating the elastic token.

Similarly, ElasticDAO (a project our founders started in 2021) has faced significant headwinds due to this missing building block.

The first elastic provisioning token, Ampleforth, has tried different solutions with mixed success since its launch and ElasticSwap is arguably the first AMM of its kind, which will enable a more vibrant development ecosystem around elastic tokens.

The mission is to build the first AMM with native support for tokens with elastic supply.

ElasticSwap will be launched on Avalanche. The goal is to go where the project will have the most support.

This is to take advantage of Avalanche’s low gas fees and generally favorable environment for innovative projects will allow for a faster early growth cycle.

The ElasticSwap team is a big fan of the fair launch approach taken by Alchemix with their $ALCX token.

They drew heavily from their team in designing the launch and release schedule. The goal is to have the majority of the tokens go to the people who contribute to the protocol, specifically the team building it, former ElasticDAO members who chose to support ElasticSwap, and the liquidity providers who power the markets.

$TIC is the native governance token for ElasticSwap. Its offering is unrestricted, there are no ownership rights to the underlying DAO vault, and no guaranteed value of any kind.

$TIC will be subject to a perpetual emissions schedule. The distribution schedule incentivizes initial liquidity and ongoing contribution to ElasticSwap and gradually reduces over time to ensure value retention.

The ElasticSwap DAO treasury will receive an initial pre-mine of 20% of the expected emissions over the first three years. Ongoing emissions distribution will be split into several buckets, with 10% going to the DAO and 90% staking pools. There will be two private staking pools: one for the team which gets 16% of total emissions and one for the pre-seed contributors which gets 10% of total emissions. The public pools split the remaining 64% according to a schedule ratified by the DAO.

ElasticSwap adapts to the elastic supply changes without the need for someone to call a function on the pool itself after a change (rebase) happens. This makes it less likely that value accrued through a rebase will be lost and helps to avoid excessive impermanent loss. Uniswap v2 / Sushi, for instance, requires the calling of sync() on the pool every time a rebase occurs in order to update token balances.

ElasticSwap puts the excess tokens off to the side so the ratio of each token remains constant during a rebase event.