Bitcoin and carbon emissions, what are the real numbers now and what to expect? 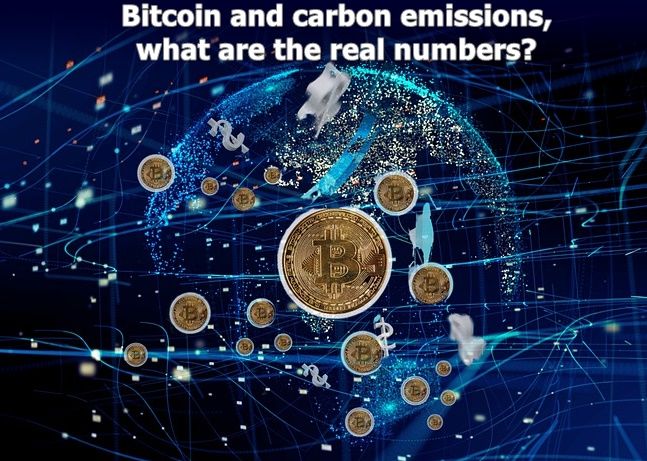 Bitcoin and carbon emissions. The Bitcoin network (BTC) has come under fire for its high energy consumption and emissions, but is it really true?

Bitcoin and carbon emissions, in the news of decentralized finance, we often talk about Bitcoin and its impact on the environment, what is it really?

A new study intends to put an exact figure on its impact. According to the study, in the worst case scenario,

Currently, it is true that the Bitcoin network consumes significant electricity resources, however, everyone is aware of the problem and countries like El Salvador, to name but one, are going to innovate and make it possible to greatly reduce the carbon footprint of Bitcoin mining.

Therefore, we can ask ourselves this question, will consumption and emissions continue to explode in the future?

This is the question that a recently published study by the New York Digital Investment Group (NYDIG) attempted to answer.

It has developed several scenarios, from the most “aggressive” to the most reasonable. With in particular the case where Bitcoin would explode within the decade, with a price that would reach almost 500,000 dollars, and a capitalization of 10 trillion dollars, here is the statement they made in front of the results they obtained:

The study also notes that this scenario is based on the case that energy inputs do not change. However, it is more than likely that the energy sources used by miners will continue to “green up” over the decade, here is what they conclude about that:

“These figures were calculated without taking into account the observable acceleration in the use of carbon offsets, renewable energy/certificates and energy recovery.”

Bitcoin and carbon emissions, in a nutshell:

In conclusion, at the moment Bitcoin consumes more electricity than the Philippines or Kazakhstan.

Plus, as we’ve just seen, efforts are ongoing and the impact in the future will be smaller and smaller..