Meblox and Roblox, what is it?

Meblox and Roblox, what is it? Meblox is a digital aggregator version of Roblox. Get all the information and direct link from the official platform. 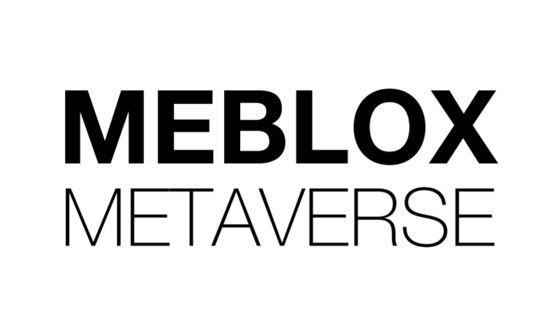 Meblox is committed to creating a traffic gateway linking the metaverse, providing value enabling based on the trust mechanism at the bottom of blockchain, and fully promoting the development and application of the metaverse ecology, thus ushering the metaverse ecology into a new era. Meblox is a digital aggregator version of Roblox, the world’s largest online multiplayer creation game, which will be connected to VR and motion sensing devices to become a more immersive 3D virtual reality platform.

Meblox connects the creators of the entire network to build a virtual entertainment and social product UGC platform through the bottom-layer consensus protocol based on decentralized blockchain technology. It carries the assets and identities of users with the bottom-layer mechanism of blockchain, forms a complete commercial closed loop with the
token economy system, and creates the world’s top player community. Meblox has a complete metaverse economic system and ecological structure, which consists of four elements.

The first is digital creation, which is the beginning of the metaverse economy. Without creation, there would be no goods for trade.

The second is digital assets, which imply property rights and are the premise of transactions. Meblox will pay full attention to the value and security of users’ digital assets. The third is the digital marketplace, which provides a place for transactions in the digital world and establishes the rules that everyone must follow. It is the core of the digital economy and one of the core infrastructures that enable the metaverse to thrive.

Meblox will build a perfect matching engine and transaction mechanism in the digital market to facilitate circulation and conversion.

Meblox Protocol starts by linking smart terminals and IoT fields through the Protocol layer. Combining with the perfect smart contract technology, Meblox Protocol innovates and introduces AI as an enzyme to produce chemical reactions, so as to build a basic metaverse ecosystem that can be applied to the ground. The consensus link protocol of the metaverse hardware system based on intelligent terminals and motion sensing devices must have the following characteristics:

1.High performance: Due to the diversity of metaverse devices and the characteristics of being online for a long time, the frequency of data interaction is very high, so the system is required to have high throughput and other related performance.

2.Expansibility: The hardware equipment of the metaverse involves many industries and scenarios, so the system needs to have business ductility and flexibility.

3. Intelligence: When the complexity of the system structure and the total amount of data in the system reach a certain degree, conventional technology and curing strategy cannot meet the high-speed operation in the system, and AI needs to be introduced to optimize the system from the whole to the details.

4.Security: Data is the output content and value of the metaverse hardware equipment, so the protection of data is one of the main contents of system security, and the safe operation of system level is also a prerequisite for the healthy development of Meblox.

Meblox works with association nodes to forge a token economy through a decentralized system. Each user who contributes value to Meblox will receive a MEB as an incentive, encouraging positive behavior and possibly punishing negative behavior.

The development and expansion of the platform ecosystem will bring about a great demand for MEB from users, thus increasing its value, and all MEB holders will gain dividends and benefits from the development of the platform. Mebs are 1
billion value-anchored tokens on the Meblox platform.