Heroes of the NFT, what kind of game is it?

Heroes of the NFT, what kind of game is it? It’s the leading DEFI Nft Gaming platform powered by blockchain technology. 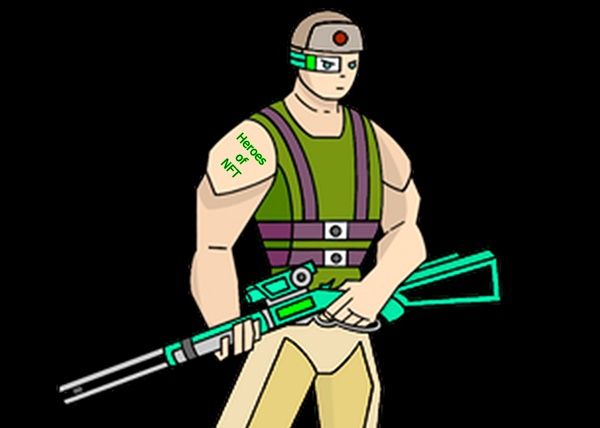 Heroes of the NFT is a turn-based collectible trading card game. Players can battle in the arena playing against each other and show off their skills with unique hero cards.

The never-ending possibilities will put competitors to the test of becoming a true strategist. While the in-game items will change the gaming pace drastically, future various game modes will allow players to experience different challenges. Users will confront each other in serious tournaments and the winners will get generously rewarded.

Heroes of NFT is an online card game where you can attend tournaments and defeat your opponents to rise to victory. Its unique story structure allows you to enter a Metaverse in the year 2073 to experience the stories of your heroes and get to know more about the world they live in before you begin to fight.

Wallet ownable spell cards, weapons, and cosmetics will bring your heroes extra power and extra customization options. Moreover, these items will be sold on the marketplace to bring more volume to the HON economics. Our novel Play 2 Earn mechanics will allow players to be participants in a real game economy.

PvP and PvE modes are rewarded separately with mintable HRM tokens while the real prizes are distributed in serious tournaments. HON token holders will designate the game’s future thus they’ll be the real game masters. Having all of these features, Heroes of NFT distinguishes itself from the others.

Heroes of NFT is a next generation blockchain gaming experience with a real economy. It is an ecosystem that consists of three main foundations: NFT assets, HON token and HRM token.

The NFT assets are the core element of the gameplay. Players will be challenged by the game and by other players with Hero Cards (HRO). Other NFT assets enrich the game and make it more enjoyable. NFT assets can be owned by players, but they can also be traded on the market.

This ecosystem will use at least 20% of the revenue from NFT cards to buy back tokens from the Heroes of NFT ecosystem after the final release of the game. This way we can share the revenue with the community. HON token holders will be especially pleased with this price stability.
-The HRH token, which is the game’s reward token, is unlimited. HRM tokens can be bought or burned if necessary.

HON token is the main indicator for the administration of the game. Holders of HON token will be decision-makers for the game’s future events. Hon token is hard-capped to 200 million tokens and will be distributed in 5 years of yield farming and single staking. NFT asset exchange over the marketplace will be based on HON token, in this way, one percent of exchanged HON collected again. Marketplace participation has a key role in stabilizing the value of governance.

P2E mechanics depend on Heroes Reward Money(HRM) in its essence. Its name defines the value generated by playing. Starting with PvP and AI-backed PvE modes, players can earn real value represented with HRM token by simply winning the rounds. HRM token is the main currency of in-game items, such that consumables, potions , and single-use power-ups. Besides, it’ll be used to enter serious gaming competitions as a fee. The spent HRM tokens will simply burn and create an opposite effect on HRM reward inflation.

Play to Earn games have an economically closed system. For this reason, any provided stimulus to play to earn an ecosystem is very crucial.

For this reason, the platform will share at least %20 of revenue with the ecosystem.

In a closed system, establishing dependencies between parties is very important for a sustainable economy. We have created a division of labor and roles in the Heroes of the NFT ecosystem. Thanks to this innovative model, people don’t have to play the game but can still benefit from this ecosystem.