DeFi and cryptocurrencies, the revolution is underway and is not ready to stop

DeFi and cryptocurrencies, the infernal combination that scares banks and financial institutions in general.

As billionaire investor Mark Cuban said, decentralized finance is doing well and will certainly do even better in the future, which is very favorable for crypto-currencies, and it has become a big enough phenomenon that banks are starting to get seriously scared of it. 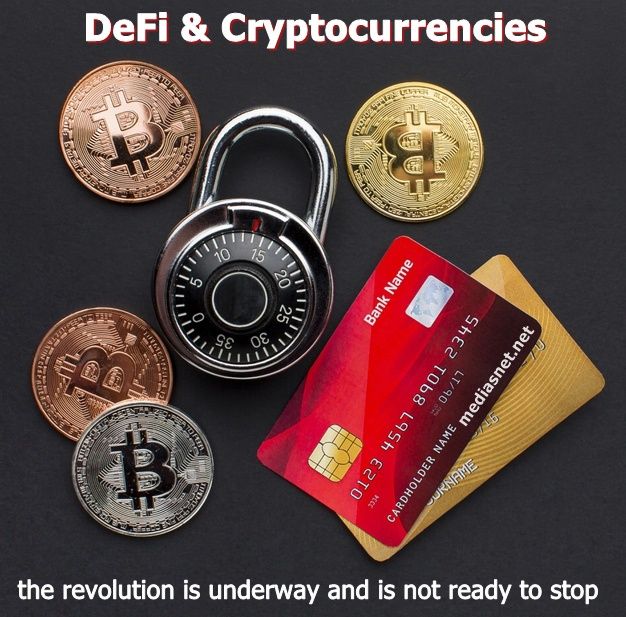 DeFi and cryptocurrencies, objectives and development:

DeFi apps aim to recreate traditional financial systems with crypto-currency, while DAOs can govern and oversee DeFi apps and other projects.

DAOs are similar to traditional companies or organizations, but instead, control within DAOs is democratized. Rather than having a centralized leader, DAOs have members voting on decisions and rules, which are then encoded in smart contracts on the blockchain.

For example, with DeFi lending, users can lend crypto-currency like a traditional bank does with fiat currency and earn interest as a lender. DeFi lending apps, such as Aave, Compound and Maker, are governed by DAOs.

The structure of these decentralized protocols is one of the things that piques Cuban’s interest and makes him think that DeFi could be a serious competitor to traditional banks.

He uses Aave as an example to explain why. (Cuban, a “Shark Tank” star and owner of the NBA’s Dallas Mavericks, has invested in Aave, which he revealed on a Reddit “Ask Me Anything” in February).

“Aave, like its competitor Compound, looks like a bank. But it isn’t. Nowhere near,” Cuban said. “Aave is a fully automated, permissionless platform, where there are no bankers, no buildings, no toasters, no safes, no cash, no money custody, no forms to fill out, no credit scores involved.”

“Everything is controlled by smart contracts. It’s all automated. You don’t have to get approval from anyone and it takes minutes to take out a loan.

The world of decentralized finance interests you, it is understandable, we live in exciting times and the twists and turns of the DeFi adventure will still be numerous in the future.