ASTRALS, turnkey avatars for the metaverse

ASTRALS is a collection of 10,000 metaverse-ready 3D avatars by a world-renowned artist, Damien Guimoneau.

These beautiful pieces of art are randomly generated by over 150 handcrafted traits and 16 unique races each with their own immersive lore by grand loremasters, Lee Gingold and Shaman8. 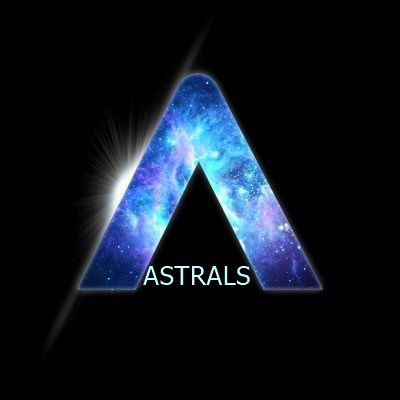 There are two pillars to ASTRALS:

A) a decentralized autonomous organization (DAO) for incubating innovative projects and

B) a story-driven, play-to-earn role-playing game. A partnership with Solana Labs was established for the development of the minting website and with MEKKA LAB to build the next generation staking platform for the distribution of our governance token, $GLXY, as well as the CAD framework for project incubation.

ASTRALS, but who are the ASTRALS?

At the center of the Andromeda galaxy there lurks two super massive black holes. Balanced between these galactic titans is a crystal planet named Ieró Xífos that has been constructed from the most powerful forces in the known universe. According to ancient legend left by a race of omnipotent beings known as Primes, Ieró Xífos is the gem of a mighty sword that prevents the black holes from colliding and in doing so maintains order throughout the Galaxy.

The surface of Ieró Xífos is considered the most breathtaking spectacle in Andromeda. Crystalline towers and formations refract an ever-shifting light that emanates from the center of the planet. Emerald colored shards and Topaz monoliths collide with molten rivers that resemble liquid opal. At all times the rings of the planet which take the form of a perpetually moving Mobius strip can be seen streaking through the sky.

From Ieró Xífos’ surface grow great cities and monuments which are very much the pure embodiment of all sacred geometry. It is in these cities that once every 100 years the citizens, warriors, sons and daughters of the galaxy assemble and offer themselves through sacrifice and battle to the planet Ieró Xífos.

It is the belief of all of the races from every vector of the galaxy that guided by the Primes, Ieró Xífos maintains order throughout Andromeda. Every hundred years, the Primes come home to Iero Xifos and the entire Galaxy gathers to offer the finest of their generation to feed the planet and maintain order. Or so they believe.

These brave civilizations are the Astrals and this is their story.

ASTRALS are a unique collection of 10,000 full-body 3D avatars that are metaverse-ready and designed by our world-renowned artist, who created these characters as a passion project.

You’ve likely seen some of Damien’s creatures featured in films such as Alien and Godzilla. There are over one billion possible combinations for ASTRALS, and only 10,000 of these will ever be minted.

All Astrals will be viewable using our specially made 3D viewer and customizable with NFT weapons, armor, and accessories that can be bought and sold on our marketplace. These features will allow owners to personalize their Astral to their heart’s content.

Astrals will also have several mutable (i.e. changeable) attributes such as “level” and “class”, which allow them to grow and evolve as they progress through our staking PvE game. These attributes are carried over even if they are sold on the secondary market.
Importantly, staking your Astral NFTs enables you to mine $GLXY, the governance token that will govern the Galaxy Treasury via a decentralized autonomous organization (DAO) platform.

The goal of the Galaxy DAO will be to “Bridge the Gap between Solana and the Universe”, and it will allow the community to invest in innovations, projects, and individuals who can push the boundaries of what blockchain technology is capable of.

As part of the metaverse news, we are pleased to present: Astralverse.