Xpendium (XPND), what is it? It’s the Greatest NFT Treasure Hunt of All Time. 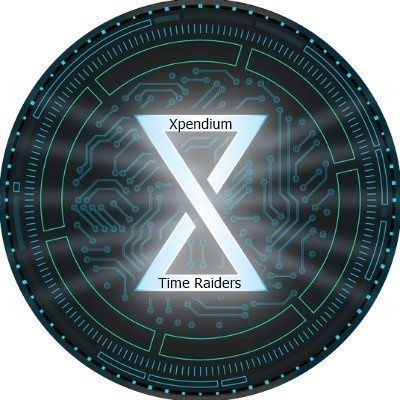 Xpendium is the native token of Time Raiders is a fast-paced shoot and loot NFT game. The loot that players collect through gameplay has actual real-world value and can be bought, sold, and traded, as well as being used in the game itself.

Players travel through time to fight enemies and take their resources back to their own time, where they can be crafted into new items, sold to fund their activities, or used to power up their character and items.

When not in combat, players spend their time in the Interdimensional Hub, home of other time raiders, armourers, scientists, and the ever-present black market.

Everything in the game is an NFT that can be bought, traded, sold, or staked for Xpendium ($XPND),
Time Raiders’ native in-game cryptocurrency. Time Raiders joins the ranks of play-to-earn NFT games
such as Axie Infinity and Zed Run that capture the attention of crypto gamers who want not just fun, but profit. The game is designed to surpass current gameplay quality and game narrative in the space.

Everything in the game is an NFT that can be bought, traded, sold, or staked for Xpendium ($XPND),
Time Raiders’ native in-game cryptocurrency.

There are 2 forms of Staking $XPND in the initial game release of Time Raiders.

The first is in-game staking, which will be used to upgrade NFTs to increase their value or to produce
and Mint new NFTs.

It will also be possible to stake $XPND outside of the game via the Time Raiders $XPND Staking portal. We intend to add a governance mechanism to Time Raiders at a later date.

Time Raiders, introduction to the Game:

The year is 2247. As humanity’s technological prowess increased, so did its appetites, and soon consumption far outstripped what the Earth could supply.

The Time Raiders don’t know who or what they met in the interdimensional hub, why WWII or where new portals might lead. The answers will shock and horrify, bring joy to some and terrorise others. Until the answers come, there are eras to raid, adventures to be had and loot to win.

It soon became apparent even to those who controlled empires that the end of humanity would
come soon. No technological breakthrough was imminent, no consensus would be achieved to settle
conflict, no social solution would put an end to the divisions of the remnants of humanity.

Against this looming doom, a mysterious substance was discovered. Seemingly appearing from
nowhere and spread among the have and the have-nots without regard for status, this mystifying
new material was available to all.

This new material, ‘Flux’, allowed people and objects to move through time. Sudden access to the resources of the past offered humanity new hope. This hope caused the rise of a new profession: ‘Time Raider’ Those brave enough, reckless enough, or desperate enough to take the risk could move across time to make their fortunes or meet their fate at the hands of their ancestors.

Time Raiders will be initially released on PC, with future launches planned for Console & Mobile.