Meta Utopia, build your utopia on the metaverse

Meta Utopia, to build the beautiful world of Utopia in the Metaverse. Project features and direct access to the official website. 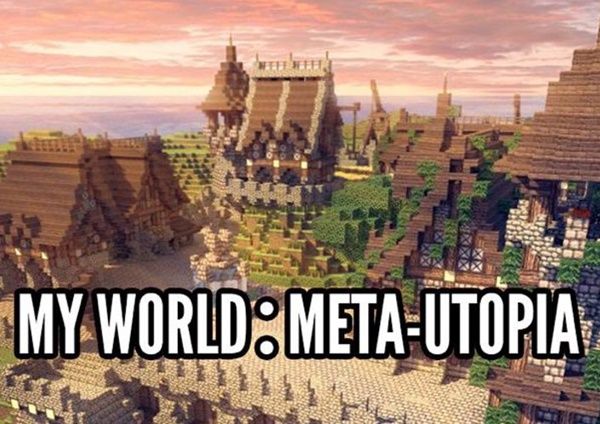 Meta Utopia is a MetaFi project driven by community consensus to build an ideal world, an Utopia in the Metaverse. Cultivation of land and population growth sets the foundation of the platform before building and development of the island begins.

The target of the project is to realize a sustainable virtual ecosystem and create a peaceful environment for all its citizens.

This is where it gets exciting. The idea of building such an imaginary and perfect island like Utopia would be crazy to even be thought about if it is not for the MetaFI. MetaFI is short for Metaverse-Finance, which means an integration of everything in the metaverse with finance.

When blockchain gave birth to cryptocurrency, it was literally a sign that with this new technology, it is possible to fractionalize and financialize everything.

To realize the idea of Meta-Utopia, we need to understand the possibility of how the MetaFI can connect the island, the cities and its citizens. A free society must be driven by a free economy; a creator and contributor system that rewards fairly. The topics we raised earlier are keys to building this system.

Season 1: The Era of Cultivation

The citizens who first step foot onto the Meta-Utopia are responsible for cultivating its land and its people. In this season, the goal is to unravel the entire land space of the Meta-Utopia, to ensure all its land is cultivated for its people to live on the land. Follow the episodes of how the initial citizens would grow to be natives before forming their tribes and having their Phylarchs and Protophylarchs through a DeFI protocol and a DAO.

Season 2: The Era of Building and Development

In this season, the initial Meta-Utopia DAO is formed; the land space has been cultivated, the next step would be building and development. The process of turning a two-dimensional place into a three-dimensional space would require more tribes to be formed. Follow the episodes to see how each Native, Tribes, Phylarchs and Protophylarchs would be formed and finally the Princes of the 54 Cities would be voted and the final blueprint of the Meta-Utopia announced at the end of the season.

Season 3: The Era of the Future: MetaFI

In this season, with the integration of artificial intelligence to NFTs (Non-Fungible Tokens), the key to MetaFI is finally unlocked. The Meta-Utopia would be running independently through the DAO and the DeFI protocols. Follow the episodes to be see how MetaFI would power the entire Meta-Utopia to become the world’s most desired location in the Metaverse.

Where can I buy LAND ?

LAND is available on both Pancakeswap & Poocoin exchange.

To buy LAND, you must configure your wallet to use the BSC network.

How to fix insufficient output on PancakeSwap ?

Increase slippage to 6% or above.

MetaBeat, what is it?