COOP Network and COOP token, what is it ?

COOP Network and COOP token, what is it ? Quick explanation, direct link to the platform and the COOP token in order to take advantage of the benefits offered.

COOP Network, only those with high ethical and moral standards are the right people to do this. 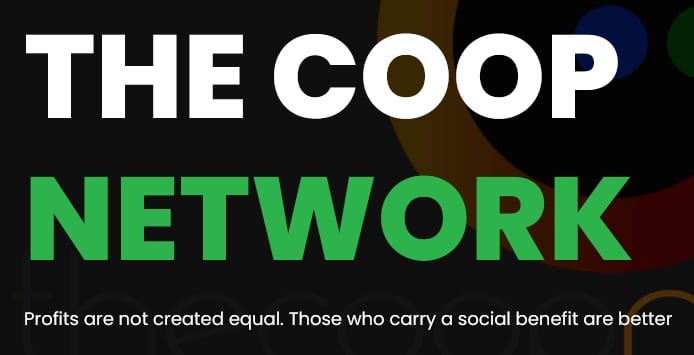 The highest resource on planet Earth is the human mind. Combined with the right philosophy and psychology, humans can achieve unimaginable things. Think about it: for hundreds of years we have traveled by horse and carriage, and now, in a very short time, we are ready to travel to Mars. We are on the verge of a new era for the human race. What we must not forget is that society must catch up with technological progress.

This, in our opinion, can only be done through collaboration, education and general awareness.

With all the technological advances, humans seem to be left behind. Robots are taking over, AI is starting to handle things better than their creators. Overall, for many, this paints an apocalyptic picture. It shouldn’t be. All of this technology should be used by humans in the long run also for the benefit of the many, not just the few.

And the only way to do that, in our opinion, is when people get together and cooperate for the common good.

This is where the Geoma Dao Coop is a pioneer with its phylosophy applied to a society and summarized in one sentence: using technology to serve the community.

DeFi is inspired by Blockchain, the technology behind the digital currency Bitcoin , which allows multiple entities to maintain a copy of a transaction history, meaning it is not controlled by a single central source. This is important because centralized systems and human gatekeepers can limit the speed and sophistication of transactions while giving users less direct control over their money. DeFi is distinct because it extends the use of Blockchain from simple value transfer to more complex financial use cases.

Our cooperative is legally allowed to have its own lending union. What better way to implement and use decentralized ledger technology?

Members can easily access when they need doctors and physicians via our app . We are also planning a mobile hospital unit that could reach places where there is no access to doctors for preventive medicine. Blockchain technology will ensure that data transmitted between doctors and patients remains secure. Hundreds of millions of people lack even the most basic access to healthcare, some of which is accessible via telemedicine applications.

CBD oil is a product derived from cannabis. It does not contain the psychotropic substance known as THC which is responsible for the so-called “high”. The latest research shows that CBD can help in the treatment of cancer, anxiety, seizures, pain relief and more. We will extract and process CBD oil in our own lab and deliver it to people in need.

With over 7 billion people on the planet, satellite images show that today we use land the size of South America for food production. In the next 15 to 20 years, we will need to add land the size of Brazil to meet the food needs of a growing population. This land does not exist. One answer to this problem is to grow food indoors and vertically. Our COOP will initiate its own vertical farms in cities.

Low total energy consumption. Low water consumption. Fully automated. Scalable to fit any market size. Low voltage water cooled LED lighting. Optional CO2 enrichment for maximum yields are some of the features of a vertical farm. Such an operation will also help reduce the carbon footprint, as food does not have to travel thousands of miles by truck to reach consumers.

DAOs are constructs of a new economic model. The DAO itself is a body formed by participants who come together around a common goal. In their ultimate form, DAOs are 100% autonomous and govern themselves through smart contracts on the Blockchain. The goal of a DAO should be to create wealth for its participants and distribute that wealth equitably via the Blockchain to each contributor. Some of the visible benefits would be: the creation of financial freedom, the elimination of middlemen, and the absence of a pyramid-like leadership structure. DAOs should use Blockchain to create a shared economy, wealth and well-being in a socially conscious way. It takes some education and courage to become a member of a DAO and participate in proposals and votes. Nevertheless, a DAO, if formed properly from the beginning, can achieve things unimaginable for a single individual. That is why we created the Geoma DAO.

The Coop Network is a Blockchain that adapts by its form and functionality to the needs of a company such as a Coop, but not only. It is a true open source PoS blockchain with already interesting features. Other functionalities will be developed to serve the company.