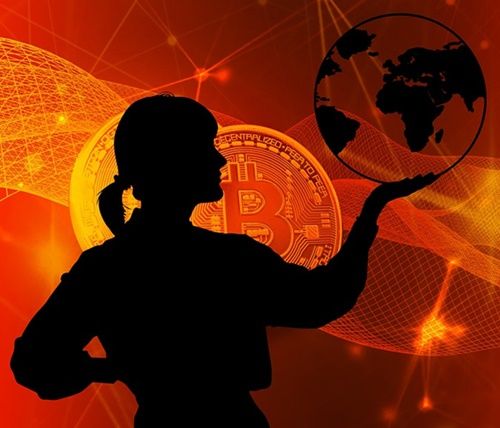 Centralized Globalism and Bitcoin, don’t think that only middle-class people or workers frustrated with their wages meeting their needs less and less are the buyers of Bitcoin, which would be buying a dream of sorts.

No, the billionaires are there, and not just today.

There are also professionals like Grayscale Investments who have done a lot for the adoption of Bitcoin (BTC).
They are a true pillar and even pioneers of institutional investment in cryptocurrencies.

One only has to follow the news and more specifically this unfortunate war in Ukraine to see that the war is of course also economic and financial. The proof, the freezing of the Freedom Convoy’s bank accounts, or the freezing of the Russian central bank’s assets have highlighted Bitcoin and crypto-currencies as a symbol of independence from governments.

Indeed, crypto-assets appear to be much more difficult to access than fiat currency accounts, which are very easily locked.

We can also see that the more the government tries to fight Bitcoin and cryptocurrencies, the more people want them.

the hostile actions of the world’s politicians and bankers tend to indirectly push the masses to realize the usefulness and potential freedom brought by cryptocurrencies.

It is very interesting to note that: Governments around the world have unwittingly created the perfect environment for Bitcoin to proliferate and thrive. It is impossible to stop it.

The fact that the bank accounts of individuals can be limited, or even blocked, or that the assets of a central bank can easily be blocked, alerts those who are informed and who are concerned about keeping some freedom of action with their money. And who has not yet understood that the money in the bank is no longer theirs. Inform yourself, the banks have more and more rights on the assets that you have deposited on your bank accounts. Why do they do this? Simply because legally, this money you have given in management to the bank and in exchange, it recognizes to give it back to you. The bank therefore has a debt to you.

Therefore, the only way to remain the owner of your money is either to keep it at home, or to have shares, gold or cryptocurrencies kept on a physical wallet and not at a broker or exchange.