Bitcoin in El Salvador, I hear Salvadorans don’t like it, really?

Bitcoin in El Salvador, it is a thoughtful feat that of course disturbs almost everyone, here are the figures. 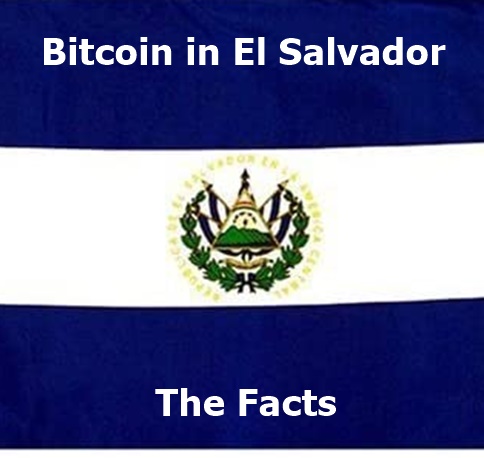 Bitcoin in El Salvador, the facts have always proved that the adoption of Bitcoin in the country was very fast and in the interest of all, but some pseudo journalists and columnists whose only job is to repeat what their government or central bank thinks will be more and more in trouble, not to say fake news, if they persist in this direction, here are some statistics about Chivo, the national Bitcoin wallet.

These are the official figures issued by the government and can easily be verified by talking to Salvadorans:

The volume of USD exchanged for BTC via Chivo ATMs, issued by the government, far exceeds that of conversion in the opposite direction (Bitcoin to USD), due to the amount of USD introduced in these devices compared to the amount withdrawn.

El Salvador is a Central American country that shares borders with Honduras and Guatemala. The nation recently adopted Bitcoin as a form of legal tender, while Chivo is the name of the Salvadoran government’s official wallet for the cryptocurrency. This wallet was launched on the same day that BTC was officially adopted as a legal tender, which was September 7, 2021.

El Salvador is not the only country in the Americas to adopt a cryptocurrency at the government level, but it is probably the most interesting one at the moment. Another example is Venezuela, which has attempted to launch a proprietary government cryptocurrency tied to the oil economy, and called “Petro.” To date, the Venezuelan government has been working to promote the utility and value of this token.

Currently, one can live completely in Bitcoin in the country and of course receive one’s salary or convert it easily into Bitcoin through Strike.

Strike, the cryptocurrency wallet based on the Lightning Network, has just announced the addition of an option called Pay Me in Bitcoin.

As the name suggests, this new feature allows you to automatically convert money received from your employer into Bitcoin (BTC) without any transaction fees.

With this new feature, Strike allows anyone to “get paid and save” with Bitcoin. In detail, the wallet offers to “convert as little as $0.50 of your paycheck into Bitcoin.