Mars Colony, here is a decentralized colonization framework that combines DeFi + NFT + DAO. Get all the info and direct access to the official website. 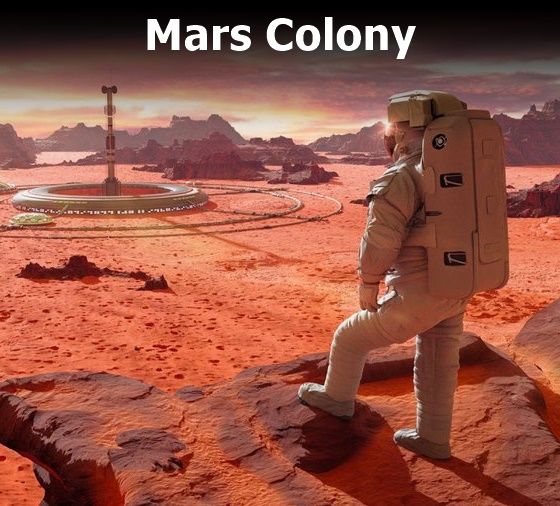 Mars Colony, play-to-earn Meta for Mars and beyond.

Mars Colony, the idea behind this ecosystem:

For centuries, land ownership rights were claimed by means of setting a foot on it.

In the ancient world, land was ruled by control of the people through force. Various empires rose and fell, from traditional Egypt to the Roman Empire. The territories of these empires shifted throughout time, and land was often claimed by brute power.

In the Age of Exploration, land ownership of America was claimed by written documents called Letters of Patent. These letters were granted to select eligible colonists by the monarchs firstly of Spain and later Great Britain.

Nowadays, it is almost impossible to find unclaimed land on Earth.

We are now living in the Era of space explorations, where the ownership of any land or resources in space is posing a big question.

However, in 2015, the United States Congress passed the Spurring Private Aerospace Competitiveness and Entrepreneurship Act of 2015, or SPACE Act 3, which allows U.S. citizens to possess, own, transport, use and sell assets in space.

We took a fundamentally different approach to it. And we chose Mars for it.

Mars is the first planet after Earth to be colonized by humans. It’s the most accessible place in the solar system. Mars is one of Earth’s closest near-habitable neighbors.

Mars is about half again as far from the Sun as Earth is, so it still has decent sunlight. It is a little cold. Its atmosphere is primarily CO2 with some nitrogen and argon and a few other trace elements, which means that we can grow plants on Mars just by compressing the atmosphere.

Gravity on Mars is about 38% of that of Earth, so you would be able to lift heavy things and bound around.

And most important, Mars doesn’t belong to any jurisdiction or government. It gives us a new chance to build and operate a completely new society that is settled on equality, freedom, and decentralization.

It’s the beginning of the Colony on Mars, and the first settlers just claimed 21,000 unique land plots. On 129 Sol, Mars’s communication systems with Earth went off abruptly, and over 40% of the robots went out of control.

It became apparent that it was the work of an AI who went rogue and planned to establish control over the Colony. Your role is to prevent AI from taking over the rest of the territory and help restore the peace.

Owners of the land can upgrade and customize their territory to build base stations, power plants and other objects.

CLNY is a hybrid token that contains attributes of government and utility tokens. Token holders can use this token to take part in the decentralized governance, purchase land upgrades and perform other actions within the MarsColony metaverse. You can purchase CLNY tokens for ONE on SushiSwap.