Cross the Ages,is its presence on the metaverse guaranteed?

Cross the Ages,is its presence on the metaverse guaranteed? Discover a unique and exciting universe that will certainly rally gamers to its cause.

Cross The Ages has the ambition to shake up the market with a unique and exciting universe in order to rally gamers to its cause and gives itself the means to do so, the proof:

The team behind the game raises $12 million in a private financing round to catapult the game into the metaverse. 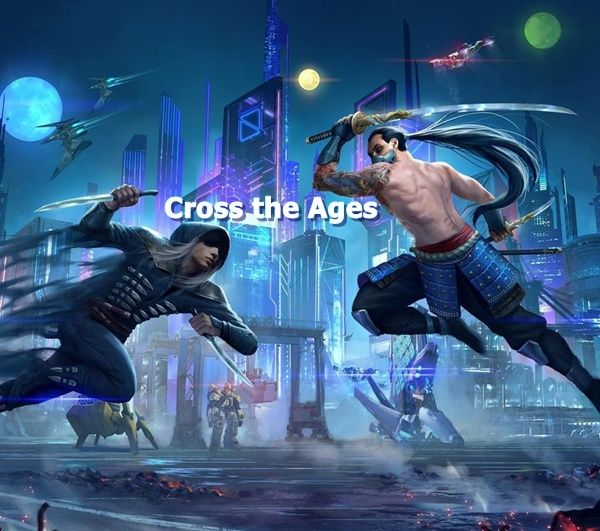 Cross the Ages, which should not be ignored:

At the helm of PixelHeart is Sami Chlagou, a huge video game and trading card enthusiast. A dreamy child and an expert in the field, Sami wants to create his own fantasy universe in the manner of the global works such as Lord of the Rings and Harry Potter. A daring bet that does not fail to attract our attention.

Mixing the love of art, fantasy, video games and trading cards with the world of blockchain is not an easy task. To face this challenge, Sami Chlagou can count on his friend Christophe de Courson, a blockchain specialist, but also on more than 130 people involved in the project.

Cross The Ages Universe takes place in a dystopian world where mystical creatures and masters of magic collide with AI-powered cyborgs in a fight for the last resources of power.
​
Here is a compelling gaming Universe in which:

Indeed, Cross The Ages is not only a tokenized game, but also a universe mixing fantasy and science-fiction whose story is told at the rate of a chapter per week to reach 7 complete volumes in 10 years of creation.

By following the news of the metaverse, we can see that the actors of this ecosystem are more and more interested and involved in this project.

Among the investors who participated in the fundraising mentioned above, we find for example Sébastien Borget, co-founder and director of The Sandbox.

Based on seven “science fiction fantasy” novels translated into five languages, Cross The Ages is not just a mobile trading card game. It is the first free and lucrative metaverse platform game of its kind.

The action takes place in a dystopian clash of civilizations. Players compete individually and in teams to obtain valuable NFTs.

Built on blockchain technology, the game promises a complete immersive experience. From the mobile version to the desktop game, including physical cards to collect.

Cross the Ages, its community:

The community is spread all over the world and already has more than 380,000 members, attracted by the unique gaming experience promised by Cross the Ages and its Dantesque illustrations.

The team is made up of more than 140 people, half of whom are purely creative. 70 international artists among whom are true legends. Joshua Cairos (Game of Thrones and Star Wars), Josu Salano (Lord of the Rings), Andreas Rochas (Harry Potter), and Sandra Duchiewitcz, from Marvel Entertainment, to name a few. The sound and music illustration is provided by four-time Emmy-nominated composer Gyom Amphoux.

Tradix ecosystem, what is it?