BicycleFi, gamefi in the metaverse

BicycleFi, gamefi in the metaverse. BicycleFi integrates elements of GameFi, Metaverse and SocialFi. Here are its features.

BICYCLEFI is built by the daily movement of people.

The First Bicycle, some books said that Father and son Pierre and Ernest Michaux made the first bicycle in the 1860s, but Historians said that it was made before that.

Pierre And Ernest Michaux were the first people to make the modern pedal and cranks in 1861.
The Walking Machine, 1817 Baron von Drais invented the walking machine that would help him get around the royal gardens faster.

The Velocipede, this two-wheeled riding machine was in 1865, when pedals were applied directly to the front wheel. This bicycle was called the velocipede because it was faster than all of the other bicycles at the time.

The High Wheel Bicycle, 1870 was the first all-metal machine that appeared. The pedals were still attached directly to the front wheel. Solid rubber tires and the long spokes provided a much smoother ride than the previous bike.

The High Wheel Tricycle. This was the bicycle that the girls rode because of their skirts and the chance of them falling off the high wheel made them ride these.

The Pneumatic Tire This bicycle was made in 1898. In fact, the guy that made this made the bicycle for his son so he could have a more comfortable ride.

The Kid’s Bicycle was made just after the first world war and was made to look like a motorcycle. Its design was called “Classic” These bikes were 65 pounds and hard to do tricks on.

Today the bicycle type can be divided into 6 types: 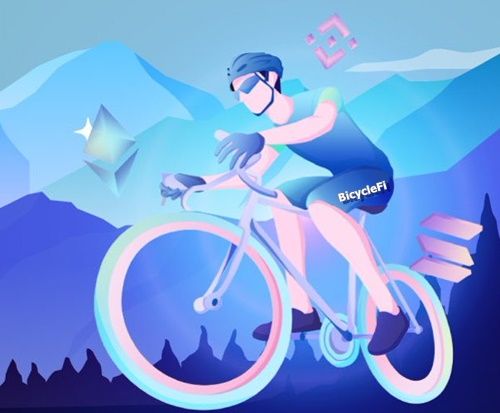 BicycleFi, how does it work?

Here is the first project to apply blockchain technology in Bicycle app. Users equip themselves with NFTs in the form of Bicycles. By Cycling, moving, delivering, or Cycling outdoors, users will earn CYC tokens, which can either be used in-game or cashed out for profit.

The first phase in Game-Fi, BICYCLEFI aims to nudge millions toward a healthier lifestyle, combat climate change and connect the public to Web 3.0, The project deals with the Social-Fi aspect of the community of users, building a lasting platform to promote Web 3.0 content.

2. Connect the wallet. After getting access to the website or Dapp on your respective device, you will be able to connect the wallet to Bicyclefi with your Wallet. You will buy NFT to play or Assemble the Bicycle with BCF token

3. Purchase a Bicycle Head over to the website Marketplace and pick out a Bicycle! You can use the Filter tool to look for a Bicycle type of your preference. Ensure you have enough BCF for the purchase.

The 2% Marketplace Trading Fee is reserved for the team to sustain its operation, no less than 5% of the Trading Fee will be given back to the BCF ecosystem. The other tax collected by BCF will be funneled into a Treasury pool, which will be up to the BCF staker to decide.