ApeCoin (APE), the current crypto trend. Discover the cryptocurrency that whales are increasingly interested in. 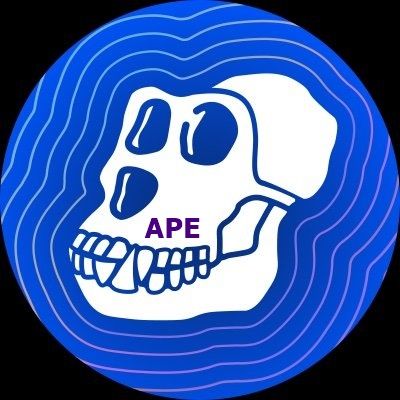 ApeCoin is for the Web3 economy.

Web3 is revolutionizing the world of art, games, entertainment and even finance.

APE is uniquely suited to accompany this revolution in a practical way.

It will serve as a decentralized protocol layer for community initiatives that advance culture in the metaverse.

According to WhaleStats, in just two separate transactions by two whales on the Ethereum blockchain, 600,000 ApeCoins worth $8.4 million were purchased.

The first transaction was made by a whale ranked 20th, and the second by the 10th largest whale.

So yes, this cryptocurrency is starting to interest whales and is already a success.

As soon as its launch was announced, this token has attracted a lot of attention among investors, as many have shown interest in it. This has been noticed in the price evolution of the digital asset over the last few days.

Even institutional investors are showing interest in the ApeCoin token (APE).

This means that not only whales, but also institutional investors are following this cryptocurrency. Do you know that you can trade it easily on a decentralized trading platform with a few euros or dollars already and without opening an account?

Here are some figures:

A large ETH whale, Gimli, ranked eighth by data platform WhaleStats, which holds 375 billion SHIB tokens, or $8,201,153 worth of shiba inu (SHIB), has added more altcoins to its portfolio in the past 24 hours.