What is Daisy Protocol?

What is Daisy Protocol? Daisy is a decentralized crowdfunding community, but not only, discover all its features.

In the recent five-year span, DeFi has achieved unimaginable heights. This can be easily traced back and monitored with the unbridled rise in popularity of Decentralised Exchanges (DEX), the prevalence of which starts to shift the overall consensus of the whole structure of the Cryptocurrency Market. Simple inquiry in the recent statistics will yield an unprecedented curve of funds flowing into DEX every day. Not only have DEXes become the ever-turning catalyst of funds turnover but they have also poised themselves as a great facilitator and driver of development in the Crypto Scene.

The most prominent and widely used DEXes currently operate within two main networks: Ethereum and Binance Smart Chain. Both of these are agile in certain respects and excel where the other one lacks. Ethereum offers an all-encompassing, reliable, and widely-used choice for DApps development and a slew of other not less inferior options. Where the myriad of flaws on Ethereum starts to manifest themselves is when there is a scaling involved. Ethereum network has yet to adapt and equip its network with scalable and efficient modus operandi. As of yet it visibly staggers when there is a significant network usage which drives gas fees prices to soar, transaction speeds to suffer, and people to sullen.

This patently shows that in the current Cryptocurrency space we don’t have a clear winner that surpasses and supersedes everyone and everything by a wide margin.

This is the reason why Daisy Protocol utilizes cross-chain solution as a way to incorporate the positive sides of all of the networks and bring interoperability as a groundwork of its operation. 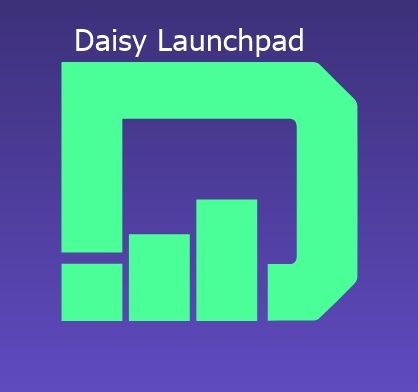 What is Daisy Protocol?

Being tied to a single network imposes a number of constraints in terms of accessibility, scalability and overall interoperability. The essence of interchain is the unlimited ability to use the network best suited to the user’s current needs. Most IDO platforms currently available operate within the confines of a single blockchain.

This unfortunate reality leads to the following problems: a certain stratum of users will inevitably be excluded from the platform simply based on subjective inconvenience or complaints about the blockchain on which the IDO operates. It is also contradictory to impose constraints of any kind, when the very idea and concept of Blockchain is to unbind oneself in the choice one makes.

This is exactly what Daisy is all about. Daisy protocol allows for an uninhibited IDO platform that works in a way that doesn’t restrict its users to any extent while also delivering an unprecedented level of freedom for projects from various blockchains including Ethereum, Binance Smart Chain to join and conduct IDO on the revolutionary Daisy Launchpad.

The main idea and concept behind Daisy is to facilitate and foster the growth of a manifold of projects in the Daisy ecosystem. Daisy launchpad is uniquely designed to be adaptive, fair, and welcoming to the projects of all rungs.

At the heart of the Governance in Daisy Ecosystem laurels community. The Governing method of Daisy is simple, democracy-driven, and overt. We are putting the community as a governing head because we believe in the fair vote by the majority and we detest any underhanded monopoly being pandered or pushed in crypto.

The Goal of Daisy is to lay out the ground for projects and startups on the interoperable and decentralized infrastructure. The main use case of Daisy then is delivering the much-needed infrastructure that helps raise funds for the promising projects indiscriminately of what Blockchain they operate on.

On top of that Daisy introduces a fair and reliable Round system that seeks to ensure that those who support the promising projects are valued equally and rewards are being distributed proportionally.

Did we arouse your curiosity? Find us on our website.