Warriors Land, discover the game. Get now all the information about this multiplayer game and direct access to the platform. 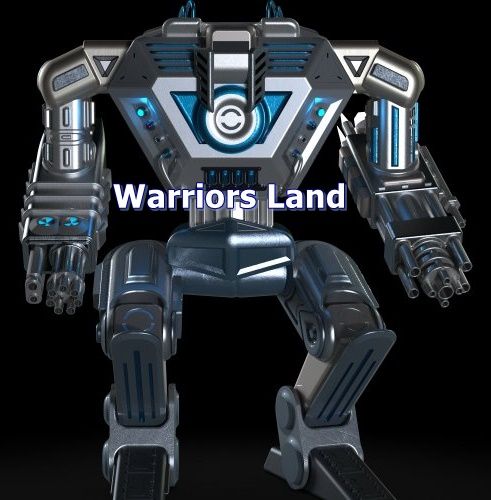 Warriors Land is a multiplayer play2earn game. Assemble your own robots with unique abilities, weapons and skills. WL is based on the BSC blockchain. Fight with the AI or other players in PvP arenas. Place bets in WLF (Warrior Land Fuel) against other players.

After music and painting, it’s the online game space that’s carving out a solid niche in the NFT world.

The latest name to join the GameFi universe is a new age NFT P2E multiplayer robot game that promises hours of adventure, excitement and fun. Named “Warriors Land”, the game is based on the BSC blockchain.

All the war robots featured in Warriors Land will be issued as NFTs and will be traded on the dedicated NFT marketplace.

Each war robot has 5 stats points:

All transactions are blockchain based for easy verification and security.

Your mission is to win in the battle, either against AI or a player, upgrade your robot and equipment. PvP battle bets are made in WLF.

Participating players join the fight with 2, 4 or 6 other players to win and will receive rewards and experience points.

You can upgrade your war robot to increase all 5 stats (defence, attack, armour, speed, blast).

All war robots will be issued as NFTs and will be traded on the dedicated marketplace.

WLF token is the main in-game currency of Warriors Land. The token has a maximum supply of 7,500,000 tokens and can be used to purchase upgrades, level-ups, as well as place challenges against other players.

You can use WLF token to buy upgrades, level-ups and make bets against other players. Maximum supply is 7,500,000 WLF tokens.