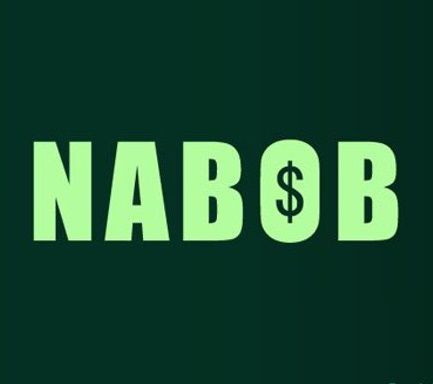 Nabob provides a decentralized financial asset that rewards users with a sustainable fixed compound interest model through the use of its unique Nab protocol.
The Auto-Staking protocol (Nab for short) is a new financial protocol that makes staking easier and more efficient and provides Nabob token holders with the highest stable returns in crypto.

Nab gives the Nabob token automatic staking and capitalization features, as well as the highest fixed annual return in the market at 433,025.82% for the first 12 months.
Nabob is a DeFi innovation-driven company that creates benefits and value for Nabob token holders. Our Nab protocol provides exceptional benefits:

The Nab uses a complex set of factors to support its price and rebasing premiums. It includes the Insurance Fund (NIF) which serves as an insurance fund to ensure price stability and long-term sustainability of the protocol by maintaining a constant rebasing rate of 0.002083% paid to all platform native token holders every 1 minute.

The development team coordinated all of these elements to work seamlessly behind the scenes. The result is a simple and elegant staking and reward system for $Nabob holders. 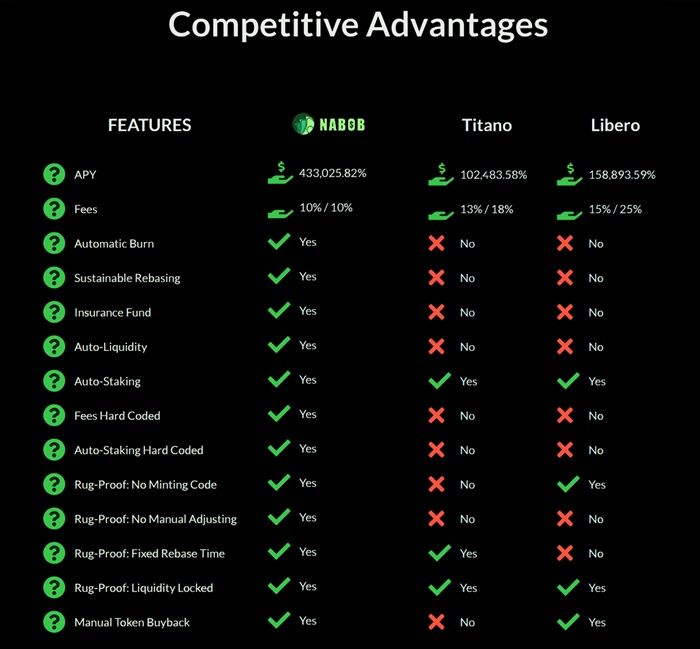 $NABOB is a Bep20 token which rewards its holders with automatic passive interest payments every 1 minutes over the lifespan of 20 years until the maximum supply of 100,000,000,000 tokens has been reached.