Deswap, what is it? A stablecoin, yes, but not like any other

Deswap, what is it? Deswap is a stablecoin, but unlike any other, find out why? Now discover all the features that make it unique

Deswap(DAW) Protocol is designed to enable a comprehensive algorithmic money market protocol. The protocol designs are based on Venus and Aave, and they are synchronised into the Deswap platform, combining the advantages of both systems into one. 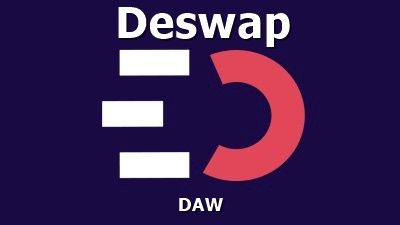 Deswap, here’s what makes it different from other stablecoins:

Deswap is the first-ever decentralized low-cost and fastest lending and borrowing protocol capable of 80,000 transactions per second.

The goal is this:

to build a complete decentralized lending and borrowing ecosystem on the Polygon blockchain with the fastest block confirmation technology ever built in the blockchain industry.

Users can use their crypto-currencies by committing over-collateralized coins as collateral to the Polygon chain.

This provides a safe lending environment in which the lender receives a compound annual interest rate (APY).

The protocol sets these interest rates in a yield curve, in which rates are automated based on demand.

The ability to use the collateral provided to the market not only to borrow other assets, but also to create synthetic cryptocurrencies with over-collateralized positions protecting the foundation with the lowest gas fees and fastest block confirmation.

This is what sets Deswap apart from other money market protocols.

Deswap uses the Polygon blockchain to conduct fast and cheap transactions, while gaining access to a basket of crypto-currencies, a vast network of wrapped tokens, and enormous liquidity.

Deswap powers the world’s first decentralized stablecoin (YAI) built on the polygon network, DAW, which is backed by a basket of stablecoins and crypto assets without centralized control.

Deswap, the solution to many problems:

Solving the current problems of high fees and slow transactions by building a lending and borrowing ecosystem on the Polygon blockchain that can handle 80,000 transactions per second.

Accessibility and an advantage for the collateral locked in that is obtained when an established money market is linked to a synthetic stablecoin creation. Using the Polygon chain, any user can easily access a high-speed, low-transaction cost blockchain with a processing capacity of 80k per second.

Using this protocol, billions of dollars of wealth are unlocked that are currently in the form of on-chain loans such as Bitcoin, XRP, Litecoin, and more.

In addition, the participant has access to real-time liquidity.