Bitcoin price prediction, what if in the coming weeks it does as in 2017?

Bitcoin, what if in the coming weeks it does as in 2017? More and more crypto specialists and fund managers are thinking about it. 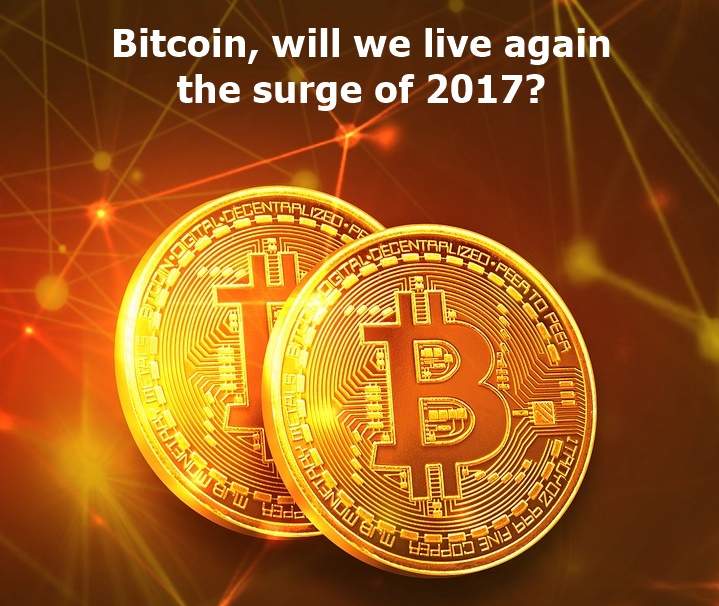 Bitcoin price prediction, what did he do in 2017?

In 2017, it saw a real spike in price, and the current situation is very similar to 2017, making many people euphoric.

It is a hot DeFi news, indeed, discover the happy predictions of several analysts.

For Twitter user “TechDev”, BTC could experience a similar rise at the end of this year. He believes that the developments recorded by the price of the first cryptocurrency are, so far, extremely similar to those experienced 4 years ago.

Based on a “slightly flattened fractal” of the BTC price evolutions in 2017, the trader thus predicted a continuation of the BTC surge. This rise would be similar to that recorded at the end of 2017, when the digital asset had risen from $4,000 to $20,000 in the space of a few months.

From a purely graphical point of view, it is true that the situation is very similar. Therefore, it can be estimated that Bitcoin could exceed $180,000 by the end of 2021 if its trajectory continued to follow the “bull run” of 2017.

More and more analysts have agreed that there is a rather obvious analogy between the two cycles. The charts show us that Bitcoin currently appears to be in an “indecisive” candle, as it was in October 2017, and we know what happened next, will it be the same in the coming weeks?

Finally, while they are also optimistic, some observers have recently proposed a lower target price of $100,000 for the coming months. This is the case of Tone Vays, Mike McGlone, Michael Gronager, Florian Grummes, Barry Silbert, Tom Lee and Scott Melker.