Acumen Protocol, what it is?

Acumen Protocol, what it is.Learn about a standalone, non-custodial interest rate protocol native to the Solana blockchain. 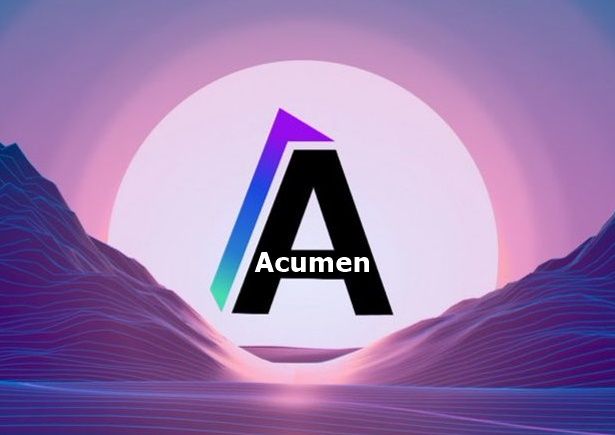 Acumen facilitates seamless interest-earning by establishing decentralized money markets, which are pools of assets with algorithmically set interest rates based on the supply and demand of loanable funds. Acumen engenders the ability to earn interest on your SPL tokens by connecting suppliers and borrowers of assets together.

The Acumen protocol is inspired by Compound and Aave. Interest rate models and the architecture have been modeled off these protocols.

Over the past months there have been many wonderful developments on the Solana blockchain. As huge supporters of the ecosystem and having been developing with the protocol for sometime, we believe that the ability to earn yield is a growth catalyst and something that is needed on Solana. With Acumen, we hope to bring seamless yield earning to the platform, fostering more growth and innovation on the Solana blockchain.

A major problem that plagues most DeFi protocols on the Ethereum blockchain are gas fees. Since Acumen is natively built on Solana, Acumen can attain the network’s sub-second finality and the average transaction fee of $0.0001, making the protocol faster and more efficient while at the same time saving money.

Speed and cost is an essential component for lending protocols; if gas fees are too high it makes basic transactions unprofitable and ineffective.

By leveraging Solana, the protocol is able to remedy the problem that plagues most lending protocols on the Ethereum blockchain and make micro lending a profitable reality.

Acumen protocol also has other use cases. Individuals who are bullish on a specific asset can use the protocol to earn additional returns on their investment by supplying assets in the protocol. For example, if someone was bullish on SOL, they can lend out SOL and earn interest on it. Conversely, the Acumen protocol can also be used to short tokens. For example, if an individual believes that token X will depreciate, they can borrow asset X sell it for a stablecoin, and when asset X depreciates, buy it again, repay the loan and keep the difference.

When you deposit into acumen you are given a collateral token based off what asset you have deposited. Collateral tokens all start with a baseline ratio of 1:1. The tokens work similar to pool tokens in the fact they represent your portion to claim from our reserve liquidity. When fees are gathered from interest the program is able to determine basically the correct amount of collateral tokens that the user receives.