SOULSAVER, P2E game ecosystem. Discover the purpose of this project, its ambitions, characteristics and direct access to its website. 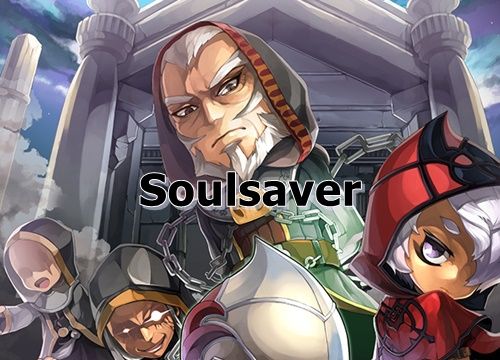 SOULSAVER is inspired by an online game called Ghost Online. SOULSAVER is a blockchain-based idle strategic simulation RPG (Role-Playing Game), and it has a P2E (Play to Earn) game ecosystem built with NFT.

This ecosystem is an exciting project that marks the news of the GameFi, discover quickly all its features.

Soulsaver, the objectives and characteristics of the project:

SOULSAVER Project team developed SOULSAVER by combining idle strategic simulation genre to the base of the IP of previously serviced Ghost Online. Even from the developmental stage, the team set strategic entertaining elements, such as minimizing user fatigue, character advancement & enhancement, item farming, diversification of (competitive) combat with other uses, etc. as the top priority.

SOULSAVER Project is planning to support its own developed wallet system. Most NFT Marketplace is connected with an external wallet service without its own, and due to this reason, the users must go through inconvenient processes to use the service. So SOULSAVER project team has developed its own wallet service to increase the accessibility and convenience, but it is planned to be launched later to keep up the pace with the everchanging virtual assets market.

Project team developed this ecosystem by combining idle strategic simulation genre to the base of the IP of previously serviced Ghost Online. Even from the developmental stage, the team set strategic entertaining elements, such as minimizing user fatigue, character advancement & enhancement, item farming, diversification of (competitive) combat with other uses, etc. as the top priority.

SOULSAVER will issue characters and game items as NFT and establish a marketplace to trade them, preventing the frequent item stealing due to the accounts being hacked, forming a safe game item P2P trade market, and realizing fair and transparent P2E. P2E is a term to create profit by activities within the game, and it is a structure to gain profit by selling items one acquired from the game.

Users can issue the game items they own as NFT to sell them on the SOULSAVER’s NFT marketplace, or resell the NFT item they purchased. When selling NFT, they must pay the upload fee (listing fee) and when reselling the purchased NFT they must pay the selling fee. Upload and selling fees can be paid with SOUL. NFT issued at SOULSAVER is based on BSC’s NFT standard BEP-721.

SOULSAVER’s dungeon is content to acquire various rewards such as skills for the characters and equipment upgrades. On the first entry, a route that consists of rooms to the final boss stage of the corresponding dungeon is formed, and the user selects the route(room) to progress the game. Clearing the room will reward the users, and the reward of each room varies each time they enter the dungeon as the entertaining element of the repetitive gameplay. The field combat and the repetitive play is for farming and building, and the points acquired upon clearing the dungeon can be used to purchase special items at the dungeon store.

SOUL Token (SOUL) is used as the key currency in this ecosystem.

To participate in this ecosystem, one must own SOUL, and the value of SOUL rises with the vitalization of the ecosystem. SOUL is the basic payment method to purchase NFT, and it can be used to pay the fee for reselling the purchased NFT. This token can be purchased from the external exchanges that SOUL is listed on. SOUL holders are granted the right to become a member of the governance and DAO, the decision-making bodies of the SOULSAVER ecosystem, based on their VIP level.

$SAVER is a token given as a reward for progressing through the main story or PvP, and it is used as the payment method for purchasing character advancement items and consumables from the marketplace within the game. SAVER can be exchanged for SOUL by the ratio the internal operation policy stated.

Farming Paradise, a project to discover